Amanda Lorenz (OF, Jr.) – Lorenz currently has the highest batting average on the team (.438), and seventh-highest in the SEC. The hitting powerhouse currently leads the Gators in runs (36), hits (35), RBIs (35), doubles (11) and triples (2). She holds the number three spot in the SEC in both doubles and runs scored. Her 35 RBIs have her tied for fifth overall in the conference. She has started all 29 games so far this season and owns the top slugging percentage (.775) on the team, which is 5th overall in SEC rankings. Her five home runs are the second-most on the Gators roster. The Sport Management major has played a key role in the success of the 2018 Gators. The Moorpark, Calif. native attended one of our Under Armour Softball Factory National Tryout in Fresno, Calif. in November of 2014.

Nicole DeWitt (INF, Sr.) – DeWitt, who attended our 2011 Ryan Lemmon Softball Showcase, is the Gators’ current leader in home runs (7). Her .359 batting average is the second-highest on the team. The Family Youth & Community Sciences major also comes in at an impressive second for runs (29), hits (28), doubles (8) and triples (1). The Garden Grove, Calif. native has been a key contributor her team this season. 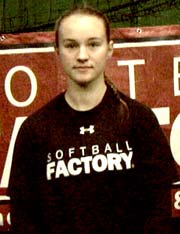 Kelly Barnhill (RHP, Jr.) – Barnhill’s pitching has been a major factor for the Gators in 2018. The Public Relations major has started 17 games this season and holds an impressive 13-1 record. Her ERA is second-best in the SEC (0.57). Barnhill, who is from Marietta, Ga., has commanded the most strikeouts on the team this season (144) and holds the top spot in the SEC in batters struck out. This impactful pitcher participated in our Under Armour Softball Factory College PREP Program in Douglasville, Ga. in April of 2015. 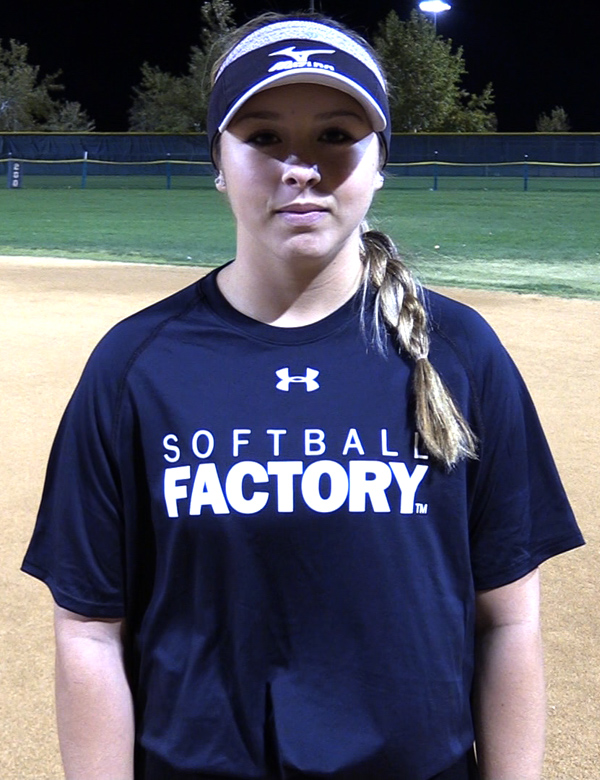 Natalie Lugo (RHP, Fr.) – Lugo left her hometown of West Covina, Calif. to attend the University of Florida and join the Gators this season. She has pitched 13 strikeouts in 9.1 innings of relief for her team this season. Before traveling across the country to become a student athlete Lugo finished high school with a 0.93 ERA and 972 k’s in 594.2 innings pitched. The promising pitcher attended an Under Armour Softball Factory National Tryout in Hemet, Calif. in November of 2016.

Tiffani Railey (OF, So.) – Railey, a Tallahassee, Fla. Native attended our 2015 Under Armour Softball Factory Summer Classic Showcase. She is currently batting .333 with an on base percentage of .500 and has scored 6 runs for the Bulldogs. While with the College of Central Florida last season, she was named First Team All-Conference and 2nd Team All-State. The student athlete is a perfect 2-2 in stolen base attempts this season. 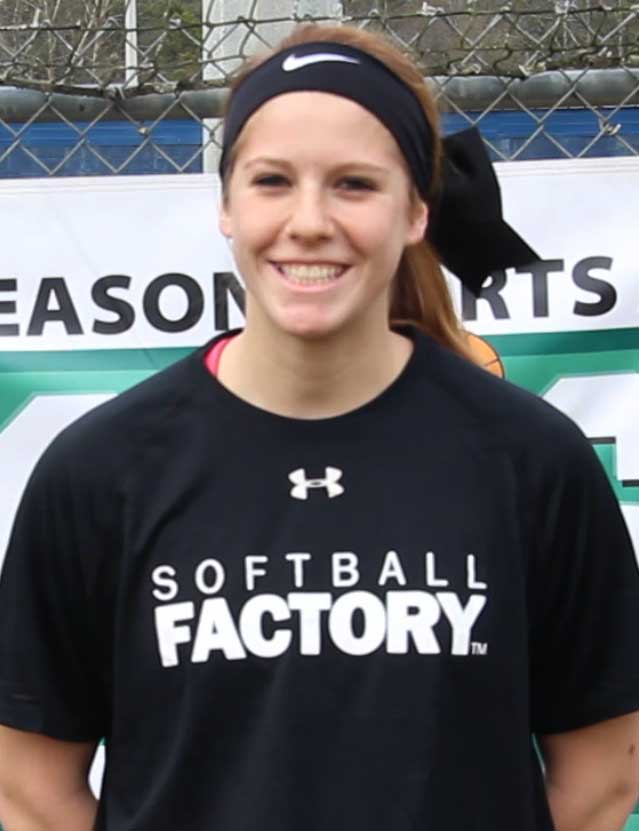 Jessica Morgan (C/UT, Fr.) – Morgan has been an asset to the Bulldogs’ lineup. She has a .311 batting average and has recorded 14 hits, 15 RBIs and eight scored runs so far this season. The Cleveland, Ga. native is tied for third for most doubles on the team (7) and owns a slugging percentage of .667. Morgan is also a major contributor to the Bulldogs’ defense. She is third on the team in putouts (79) and has an impressive .988 fielding percentage. The freshman attended an Under Armour Softball Factory National Tryout in Waleska, Ga. in January of 2016.

Madison McPherson (UT, R-Fr.) – Before becoming a Bulldog, McPherson had an impactful high school softball career. The Biochemistry and Molecular Biology major was an All-Region and All-State selection for her school’s team, all while being named a three-time Region Player of the Year. The Plains, Ga. native also made the Georgia High School Association South All-Star Team. She attended the 2014 Under Armour Softball Factory Fall Showcase. 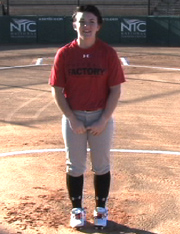 Keeli Milligan (OF, Jr.) – Milligan is having quite a season, to say the least. She is a threat to opposing pitchers when at the plate with the second-highest batting average on the team (.365). The Sport Management major has 31 hits under her belt so far this season and has scored 27 runs. She holds the top spot in on base percentage on the Aggies roster (.471) and is fourth in the SEC in stolen bases, 22 in 24 attempts. Milligan is a key piece of the team’s defense as well. With 26 putouts in 27 chances, she owns an impressive fielding percentage of .963. Milligan has participated in two Softball Factory events. In November of 2013 the Vidor, Texas native attended our Under Armour Softball Factory National Tryout in Pearland, Texas. In January of the following year she played in our 2014 Softball Factory All-America Preseason Tournament. 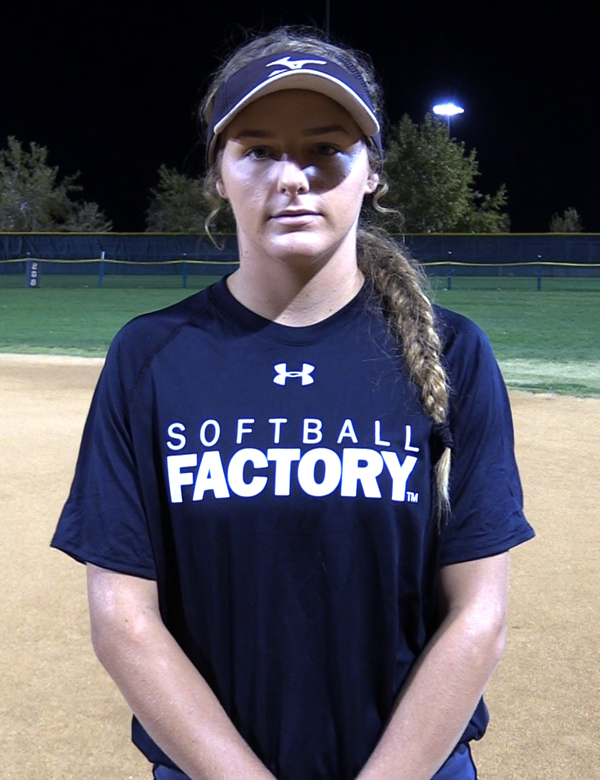 Ivy Davis (UT, Fr.) – In her first season as a Wildcat, Davis has been leaving a good first impression at the plate. With a batting average of .308 and a slugging percentage of .462 she has scored 6 runs and recorded four hits, two doubles and five RBIs. Before coming to Arizona this year, the Huntington Beach, Calif. native had an impressive high school career. As a senior she slugged .416 with eight home runs, 10 doubles, 29 RBI and 10 stolen bases. Davis attended our Hemet, Calif. Under Armour Softball Factory National Tryout in November of 2016.

Taylor McQuillin (P, Jr.) – McQuillin has been a pitching powerhouse for the Wildcats this season. 16-4 on the year so far, the Criminal Justice major boasts a 1.01 ERA, sixth-best in the Pac-12 Conference. Her 153 strikeouts in 118 innings pitched are the most on team and third-highest in the Pac-12. This pitcher is not too shabby at the plate either. In her three at-bats she has two hits, one of them a double, and has scored a run. The Mission Viejo, Calif. native attended an Under Armour Softball Factory National Tryout in Fresno, Calif. in November of 2014.

Alyssa Denham (P, So.) – Denham is a perfect 3-0 on the season so far and has recorded 27 strikeouts. She tossed a season-high seven strikeouts in seven innings against Wisconsin this year. The Kinesiology major, who is from Alvin, Texas has eight assists as a Wildcat and totes a .900 fielding percentage.  Denham participated in our 2015 Under Armour Softball Factory Mid America Championship.

Alyssa Palomino (OF, R-So.) – Palomino, who attended our Under Armour Softball Factory National Tryout in Fresno, Calif. in November of 2014, is a hitting machine this season for the Wildcats. Her .455 batting average is the best on the team and the fourth-highest in the Pac-12. The Criminal Justice major also leads her team in hits (36) and doubles (7), She has scored 19 runs and is third on the team in RBIs (22). The Mission Viejo, Calif. native has nine home runs on the season, second-highest on the team, fourth-highest in the Pac-12.

For information on camps held by Coach Candrea, click here.

More information for recruits can be found here.