Being named a Softball Factory Pre-Season All-American is truly an honor. Powered by Under Armour, Softball Factory All America Preseason Tournament featured a special guest this year, Olympic Gold Medalist and former Player of the Year Jennie Finch. Softball Factory selected 44 athletes from across the nation to participate in the event. Each athlete showed strong passion and skills for the game.

This year there were five 2017 Pre Season Under Armour All American outstanding player awards listed below: 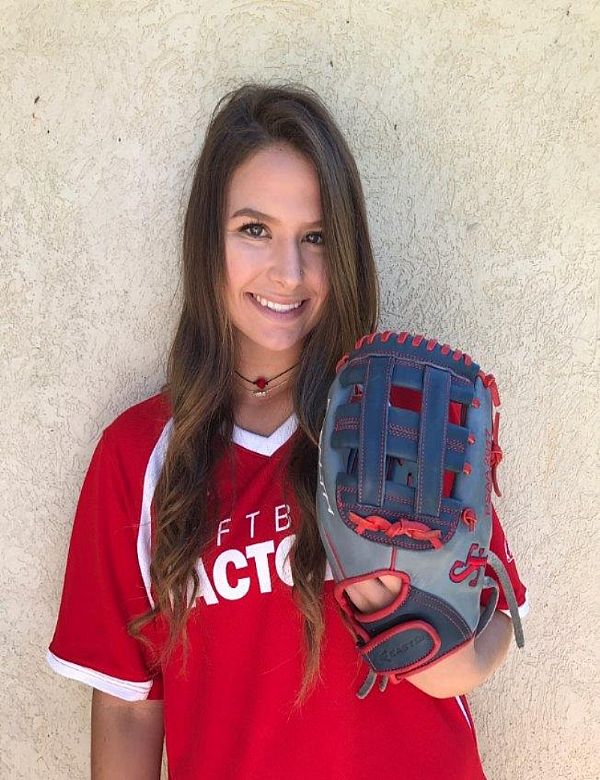 RHP Casey Dixon is approaching her final season at Willis High School in Willis, TX. Last season Dixon went 25-2 with a 1.13 ERA striking out 311 batters. She also batted .364 with 38 RBI and was named MVP of her district. The senior has committed to University of Louisiana-Lafayette.

At the tournament, Casey was a recipient of the Easton Gloveman Award and received a brand new Easton glove. She described the experience as unforgettable.

“I had so much fun! It was great to meet so many girls from different states and to play alongside them,” Dixon said. “I was able to learn a couple of new and different things while playing for coaches I had never played for before. Having Jenny Finch there to watch and instruct me was an honor!”

The Dixon family is just as excited to see her play at Louisiana-Lafayette.

“We are so excited and blessed. Most of our family is from Louisiana, so it feels like home. The people in Lafayette are just wonderful and so welcoming. It will be amazing to watch Casey in a Ragin’ Cajun uniform with the best softball fans in the country. I know she has worked really hard to get the opportunity to play Division 1 ball, so it is a wonderful feeling to see that pay off for her.” 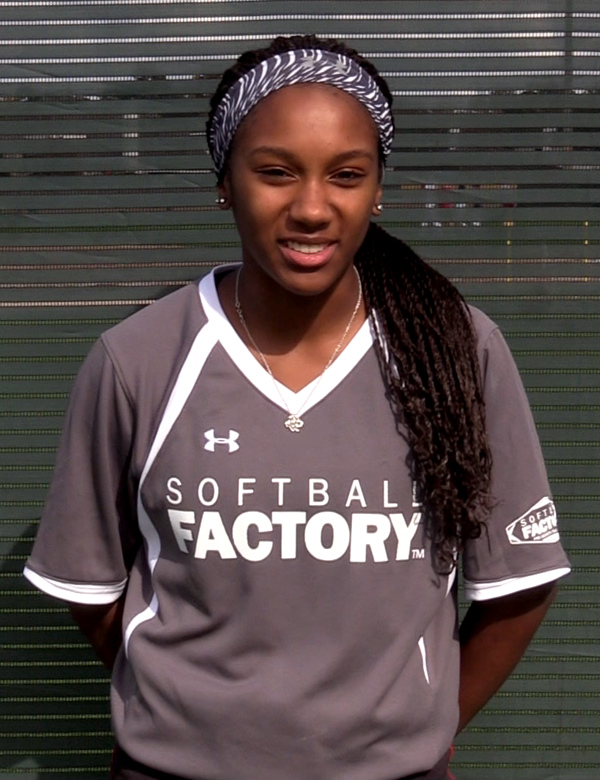 OF Janae Jefferson is entering her senior season at Chester W. Nimitz Senior High School in Harris County, TX. Her junior season she finished with a .687 batting average with 21 doubles, 15 triples, 31 RBI and swiping 18 bases. The Texas native will be playing college ball at the University of Texas.

“I thought the event was great,” Jefferson said. “The event was very professionally organized. I got to meet some nice people and play the sport that I love. I really enjoyed it. Softball means the world to me. I fell in love with the game at six years old, I love the competition and team work aspect of the game.”

Ecstatic to play at the University of Texas, her parents share the emotion of the feeling.

“It’s always been her dream to play Division 1 softball. We are so proud and excited for her. The fact that she gets to live out her dream is just awesome. The true icing on the cake is that she gets to play for Coach Clark at The University of Texas. When you think of college and universities in this state, the one that immediately comes to mind is UT. They have a tremendous tradition.”

At the tournament, Janae was also a recipient of the Easton Gloveman Award and received a brand new Easton glove. 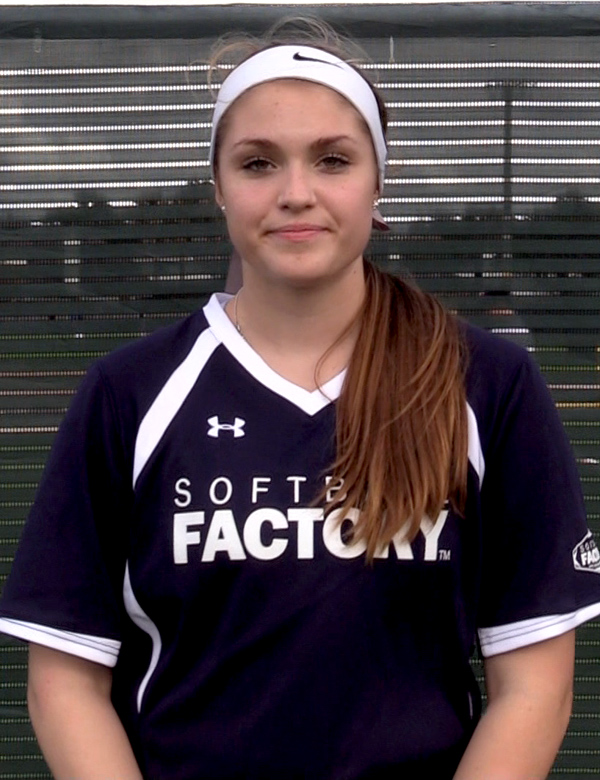 1B/C Audrey Lyle is entering her junior season at Westlake High School in Westlake, OH. In her high school career, Audrey is averaging .437 with 45 hits and six doubles. She has already committed to Belmont University and has worked hard at the game since four years old.

“Audrey started softball when she was four years old. She went from tee ball, to coach pitch, to local travel, and eventually to national travel teams. Softball has taught Audrey so much about life and how to work with others. She has been challenged and blessed so much by the game. She has learned to set and achieve goals for herself and her teammates through hard work and dedication.”

Her favorite moment at the tournament, according to her mom, Laura, was the coaches, especially Jennie Finch and Raven Chavanne.

“Audrey was so honored to be chosen as a Pre-Season All-American, and she was so blessed to be coached by Jennie Finch and Raven Chavanne, along with all of the amazing Softball Factory coaches.”

At the tournament, Audrey was also a recipient of the Easton Gloveman Award and received a brand new Easton glove.

Her family continued “She loves being able to play with amazing, talented girls from all over the country at Softball Factory events! She has learned so much about life and softball from the Softball Factory!”

“Playing at Belmont after graduation will be a dream come true for her. She feels like it is the perfect place that God prepared for her. Her future coaches and teammates are amazing, and she can’t wait to get there!” 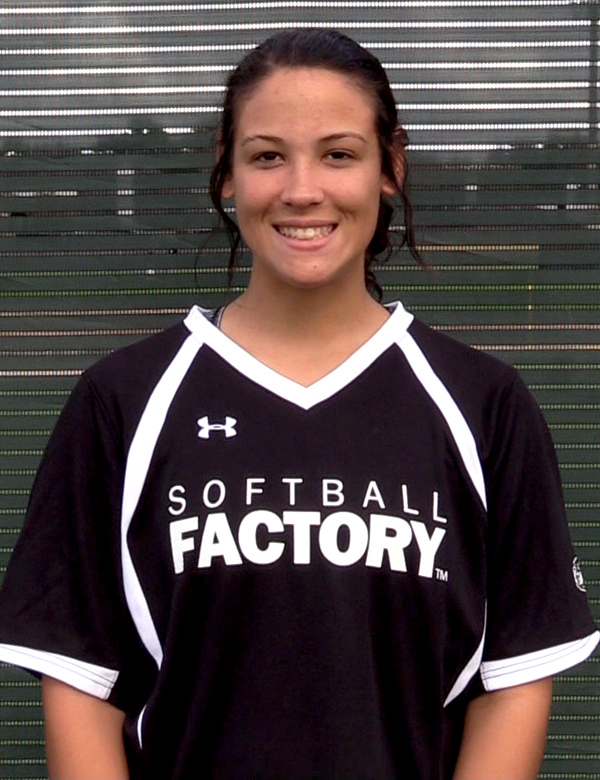 SS/OF Alexandria Lewis is entering her senior season at Columbia High School in West Columbia, TX. In a total of 73 games, Alexandria has a batting average of .444/.519/.580 with 53 stolen bases in her high school career. She is a Galveston College commit who fell in love with the game at six years old determined to play college ball.

“Alexandria has been playing softball since she was six years old and we are so proud that she has decided to attend Galveston College and continue her education. She has made some sacrifices along the way but she has always been very determined to follow her dream and play softball and dreamed of someday playing at the Division I level and maybe even in the Olympics. Our goal was always for her to go to college so she could make a way for herself, not knowing for her it would becoming so much more.”

At the tournament, Alexandria was also a recipient of the Easton Gloveman Award and received a brand new Easton glove, where she described the tournament as an amazing experience. 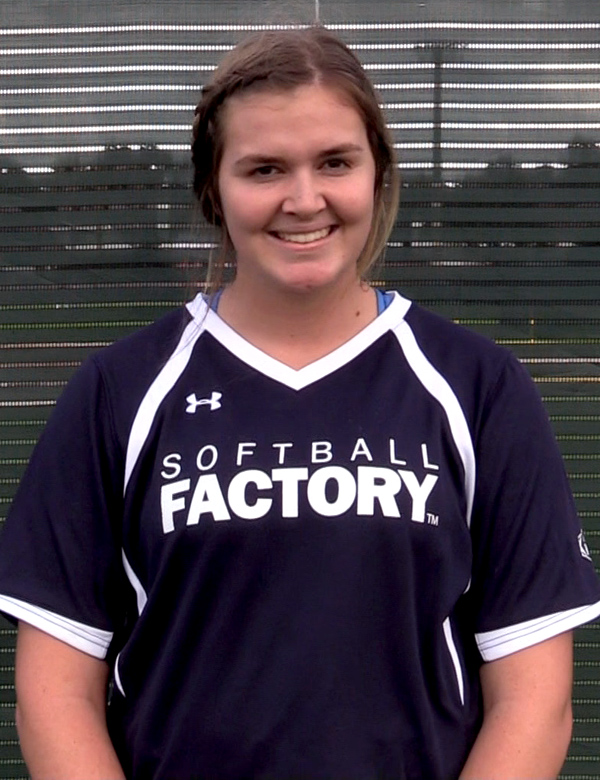 3B Madison Watson is approaching her senior season at Riverside Academy in Reserve, LA. Last season, Madison averaged a slash line of .348/.442/.573 with 31 hits in 31 games. The Louisiana native looks forward playing college ball at Southeastern Louisiana University. It has been a dream of hers to play in college for a long time, while her parents are just as excited.

“Softball means the world to me,” Madison said. “It’s the one place where everything disappears and I get to be me. It has taught me valuable life lessons such as team work and how to overcome failures even through difficult times. I fell in love with softball when I was eight years old. I have to thank this sport for the endless amount of friendships that will last forever.”

“To us as parents, we are always proud of Madison, whether it’s on the softball field or in the classroom. It doesn’t mean so much to us where Madison is playing, DI or at a Junior college. We are most proud that all of her hard work has paid off. She has spent endless hours at the softball field working to get better. She’s a kid who doesn’t believe in defeat, so we are proud that she gets to live out her life long dream of playing college softball.”

At the Softball Factory All-America Pre-Season Tournament, she was a recipient of the Easton Offensive Player Award and received an Easton stealth bat.

“I personally feel like that weekend was one of the most influential events I have ever attended,” Madison said. “There were so many great coaches and role models there to remind me why I fell in love with softball in the first place. I learned a lot from the event that I will continue to use as I play this sport. Let’s not forget that it was also a lot of fun and I was able to interact with some great athletes from around the world.”