As we continue our look into Softball Factory alums who help to make up the rosters of the Division l teams currently ranked in the NCAA’s Top 25 rankings (for the week of March 27th), we find eight more student athletes who help their teams shine:

Jade Gortarez (IF, So.) – Gortarez, who lettered four years in varsity baseball in high school and was the starting shortstop for the U.S. Women’s National Baseball Team, participated in the 2014 Under Armour Baseball Factory Southwest Championship. The Riverside, Calif. native has had no problem transitioning from baseball to softball and has started in all 35 games for her team so far this season. Gortarez currently leads the team in runs scored (29), is second in hits (39), home runs (6) and RBIs (27). She owns an impressive .345 batting average, .558 slugging percentage and has hit six doubles so far this season.

Alex Fulmer (UT, Fr.) – In her first season as a Gamecock, Fulmer has proven to be a strong addition to her team. The Criminal Justice major has 17 putouts in 18 chances and is a reliable piece to her team’s defense. She has scored seven runs for the Gamecocks so far this season and holds the fourth-best batting average on the roster (.273). Before joining the team, Fulmer was four-year letter-winner in softball at her high school and pitched for the US National Women’s Baseball team. The Little Mountain, S.C. native attended an Under Armour Softball Factory National Tryout in Columbia, S.C. in May of 2016. 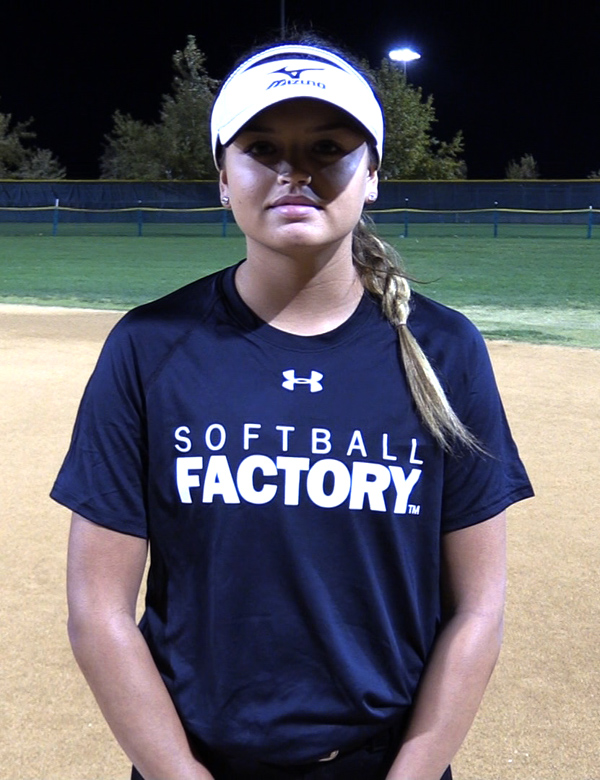 Taylon Snow (IF, Fr.) – Snow has wasted no time in her first season with the Tigers demonstrating that she can hit with the best of them. She currently holds the top batting average on her team (.416) and has scored 18 runs and owns just as many RBIs. The Tiger has the second-most hits (37) on the team and has smacked four doubles. Her three triples are the most on the Tigers roster and have her tied for third-most in the Southeastern Conference. The Broadcast Journalism major is from Chino Hills, Calif. and participated in an Under Armour Softball Factory National Tryout in Hemet, Calif. in November of 2016.

Elizabeth Mason (C, R-Fr.) – Mason has had a hot bat for the Seminoles this season. Her 21 hits include an impressive 15 RBIs, seven doubles, three home runs and a triple. The Tampa, Fla. native has scored 17 runs for her team so far this year. The promising catcher has recorded 103 putouts and eight assists. She attended the Under Armour Softball Factory Winter Classic Showcase in both 2015 and 2016.

Madison Kennedy (C/OF, Fr.) – Before joining the Seminoles this year, Kennedy set her high school’s record for most home runs (12) and drove in 36 RBIs in 28 games in 2016. The slugger was named to the FHSAA 5A All-State team in her last two high school seasons. The Baker County, Fla. native played in the 2014 Under Armour Softball Factory Fall and Summer Showcases. 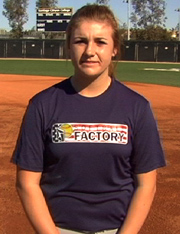 Gia Rodoni (RHP, Jr.) – Rodoni has been a pitching powerhouse not just for the Lady Bears, but for the Big 12 Conference. She currently leads both her team and conference in strikeouts (129) and most complete games (10). 32 of those strikeouts were called with the batter looking. The Health Sciences major has pitched five shutouts this season, second-most in the Big 12. Her 2.16 ERA is the best on the Lady Bears roster and her team-best 12 wins are the third-most in the Big 12 Conference. The Los Banos, Calif. native participated in our Under Armour Softball Factory College PREP Program in Orange, Calif. in March of 2012.

Ashley Marchand (C, Fr.) – As a freshman, Marchand knows it is important to make the most of her time at the plate and she has done exactly at. In her nine at bats the Business major has recorded four hits, four RBIs and a home run giving her a quality batting average of .444 and an impressive .778 slugging percentage. The Haymarket, Va. native attended an Under Armour Softball Factory National Tryout in Severn, Md. in July of 2014.

Elissa Brown (OF, So.) – Brown has been a key contributor to the 2018 Crimson Tide roster. Her .329 batting average is second-highest on the team and she has recorded 24 hits so far this season. She is tied for most triples (two), has scored 19 runs and has hit 10 RBIs. The Exercise Science major leads the team in stolen bases with a total of 19 in 20 attempts, the fifth most in the SEC. Brown is from Eclectic, Ala. and participated in an Under Armour Softball Factory National Tryout in Trussvlle, Ala. in June of 2014.

The Gamecocks full 2016 schedule can be found here.